places you should visit when in Municipality of Volvi 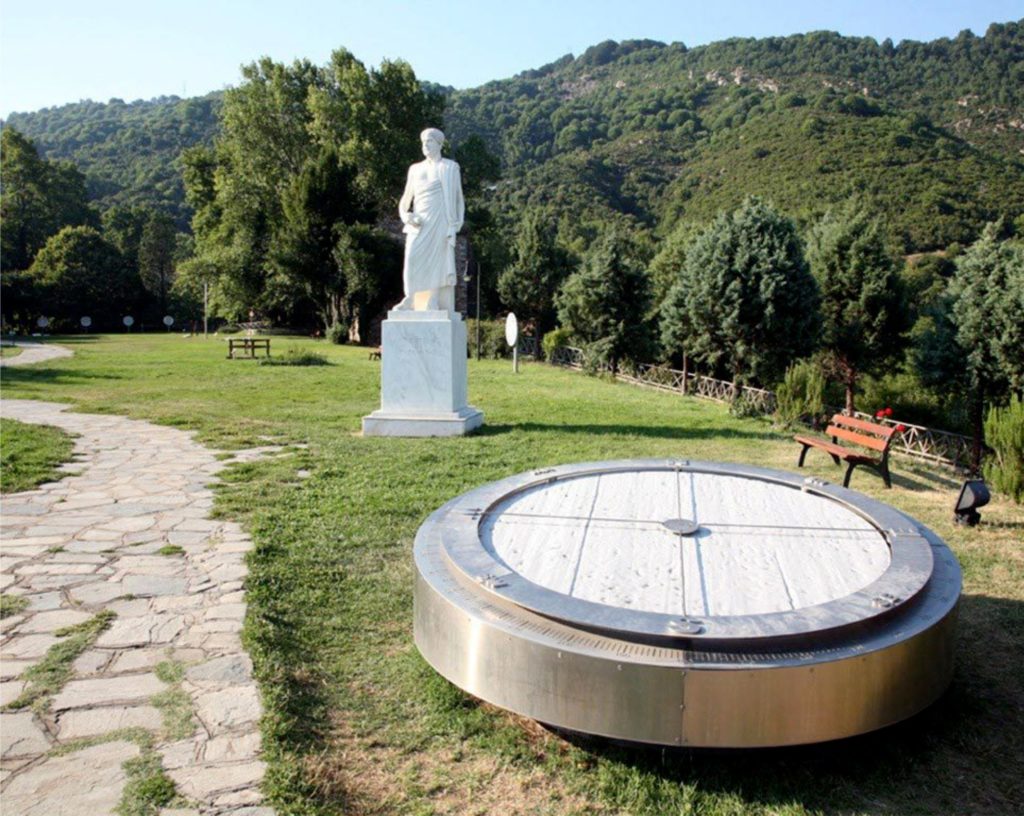 Stagira was an ancient Greek city, located in central Macedonia, near the eastern coast of the peninsula of Chalkidiki, and is chiefly known for being the birthplace of Aristotle, who was a Greek philosopher and polymath, a student of Plato and teacher of Alexander the Great.

Aristotle was born in 384 BC , and was to become one of the most important Greek philosophers of antiquity. After Socrates and Plato, Aristotle was the great philosopher who influenced the thinking of the ancients.

A unique park of Aristotle is located at an altitude of about 500 meters, in the historical village of Stagira. It is worth visiting not only for its interesting instruments but also for the great view to the gulf of Ierissos. The park preexisted and the wonderful location was chosen in 1956 to host the statue of Aristotle, made by sculptor Nicholas, in honor of the great philosopher who was born there. The unique interactive instruments were placed there in 2003. They are experimental instruments, operating by rules of physics that are mentioned in Aristotle’s textbooks and especially in the one called “The Naturals and combines recreation, entertainment and education.

The city lies approximately 16 km from Stavros and it’s about a 17 min drive.

The Kasta Tomb, also known as the Amphipolis Tomb,  is an ancient Macedonian tomb that was discovered inside the Kasta mound near Amphipolis, Central Macedonia, in northern Greece in 2012. The recently discovered tomb is dated to the last quarter of the 4th century B.C. Close to the tomb, lies the Lion of Amphipolis, that was originally located on the top of the Kasta Tomb and at some time in the past was moved to its current location. There is also the Archaeological Museum of Amphipolis where finds from Amphipolis and its surroundings are exhibited.

Archaeologists have made a number of important discoveries on the site since August 2014.

Two marble sphinxes approximately 2 m (7 ft) tall that guard the main entrance to the tomb. A fresco, paint still visible, that mimics an Ionian peristyle, on top of which the sphinxes sit. Two female statues of the Caryatid type in the antechamber, which support the entrance to the second compartment of the tomb. A marble door, typical of Macedonian tomb doors. A mosaic—3 m (9.8 ft) wide and 4.5 m (15 ft) long—in the second chamber, which depicts Persephone abducted by the god Pluto,ruler of the underworld. An eight square metre vault and a marble door in the third chamber, where the skeletal remains of 5 individuals were found.

Amphipoli’s tomb lies approximately 30 km from Stavros and it’s about a 25 min drive. 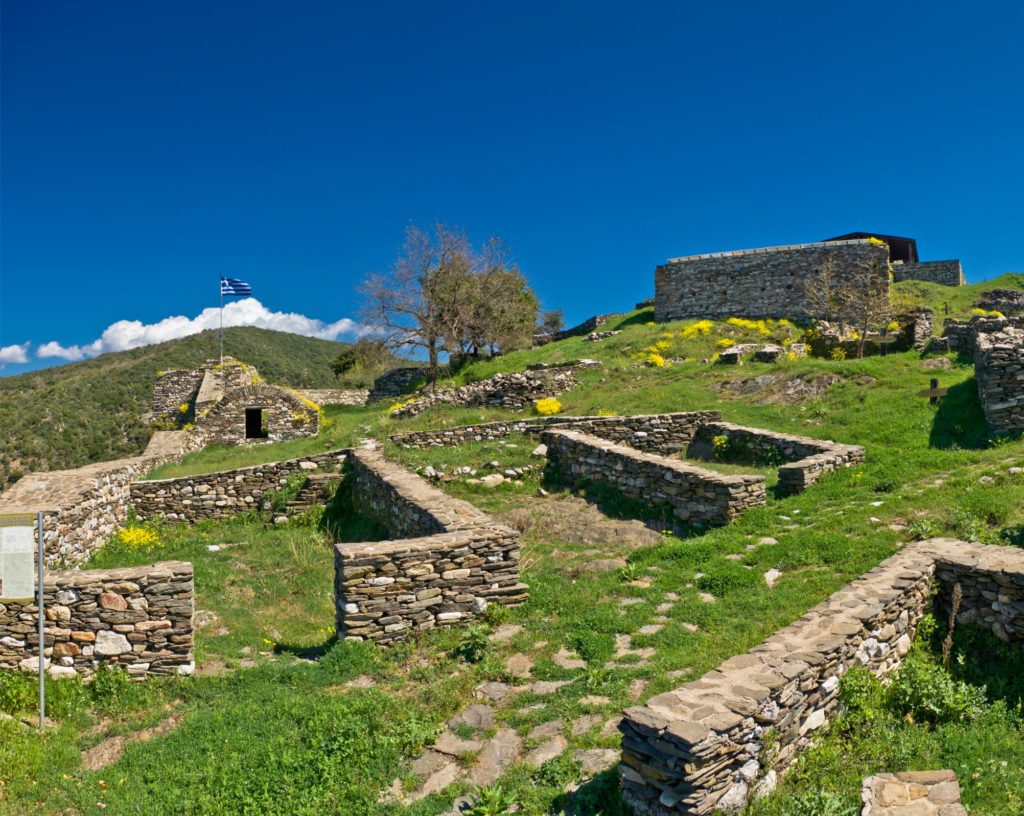 In just 10 minutes drive from Stavros, lies the mid-Byzantine castle of Rentina. The castle is located at the top of a natural hill that overlooks the point where the mountains of the basin of Migdoniki converge and create a narrow passage that allows the passage of Richios river and ancient Macedonia communication road with the Thracian region.

This road became well known during the Roman Era, as the Egnatia Street and continues its life during the Byzantine years, but also during the Turkish occupation until today. The two sides of the hill are steep and difficult to get by and together with the walls they make a very powerful fortified area whose target was to rule and control this road.

The hill is located on the western side of the Richios River and consists of a truly beautiful place. The area is especially protected for its natural beauty but also for its unique vegetation by the international conventions and is considered one of the greatest, of environmental importance, areas of the world.

A total of nine towers have been found, around the wall, in the acropolis and in the transverse wall of the castle. All towers have square shape except for one of Justinian’s time, which is circular. Among the towers, they stand out for their size and also for their height to which the eastern corner tower and the western corner tower still remain today.

Rentina’s castle lies approximately 10 km from Stavros and it’s about a 10 min drive. 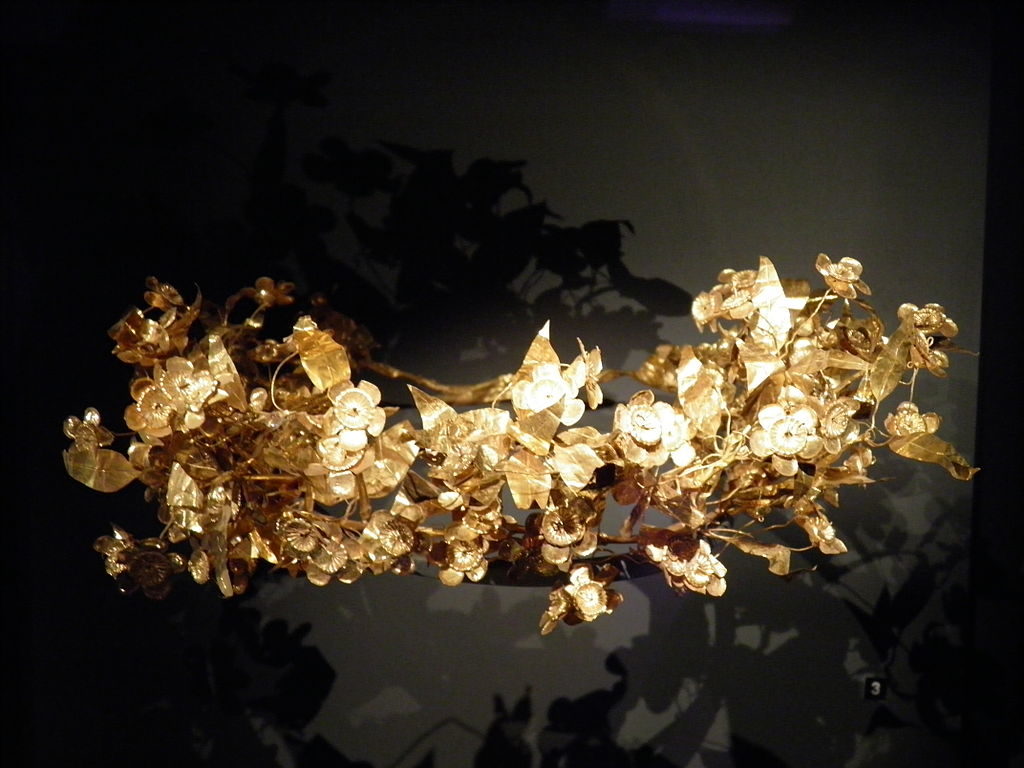 The Archaeological Museum of Thessaloniki is one of the largest museums in Greece and the central museum of northern Greece. All visitors are welcome to experience its unique collections of ancient artefacts as well as its rich and extrovert cultural activities.

It holds artifacrs from the Archaic, Classical, Hellenistic and Roman periods, mostly from the city of Thessaloniki but also from the region of Macedonia in general. The central rooms hold exhibits from the archaeological excavations conducted in Thessaloniki and the broader area of Macedonia. The new wing hosts two exhibitions: The Gold of Macedon, with artefacts from the cemeteries of Sindos, Agia Paraskevi, Nea Filadelfia, Makrygialos, Derveni, Lete, Serres, and Evropos; and The Thessaloniki Area in Prehistory, with material from prehistoric settlements, dating from the Neolithic to the Early and Late  Bronze Age.

Apart from its permanent displays, the Archaeological Museum also hosts major temporary and thematic exhibitions. In the Manolis Andronikos Room, for instance, there is an exhibition titled The Coins of Macedonia from the 6th Century to 148 BC, with examples of coins that were circulating in Macedonia in that period. A showcase in the lobby of the museum displays some finds from the excavation of the Neolithic settlement at Makrygialos in Pieria, accompanied by information about the progress of the excavation. In the new wing, the Gold of Macedon exhibition includes finds from numerous excavations in Central Macedonia.

The museum lies approximately 80 km from Stavros and it’s about a 60 min drive.

An Orthodox spiritual centre since 1054, Mount Athos has enjoyed an autonomous statute since Byzantine times. The ‘Holy Mountain’, which is forbidden to women and children, is also a recognized artistic site. The layout of the monasteries had an influence as far afield as Russia, and its school of painting influenced the history of Orthodox art.

Mount Athos has been inhabited since ancient times and is known for its nearly 1,800-year continuous Christian presence and its long historical monastic traditions, which date back to at least 800 A.D. and the Byzantine era. Today, over 2,000 monks from Greece and many other countries, including Eastern Orthodox countries such as Romania, Moldova, Georgia, Bulgaria, Serbia and Russia, live an ascetic life in Athos, isolated from the rest of the world. The Athonite monasteries feature a rich collection of well-preserved artifacts, rare books, ancient documents, and artworks of immense historical value, and Mount Athos has been listed as a World Heritage site since 1988. 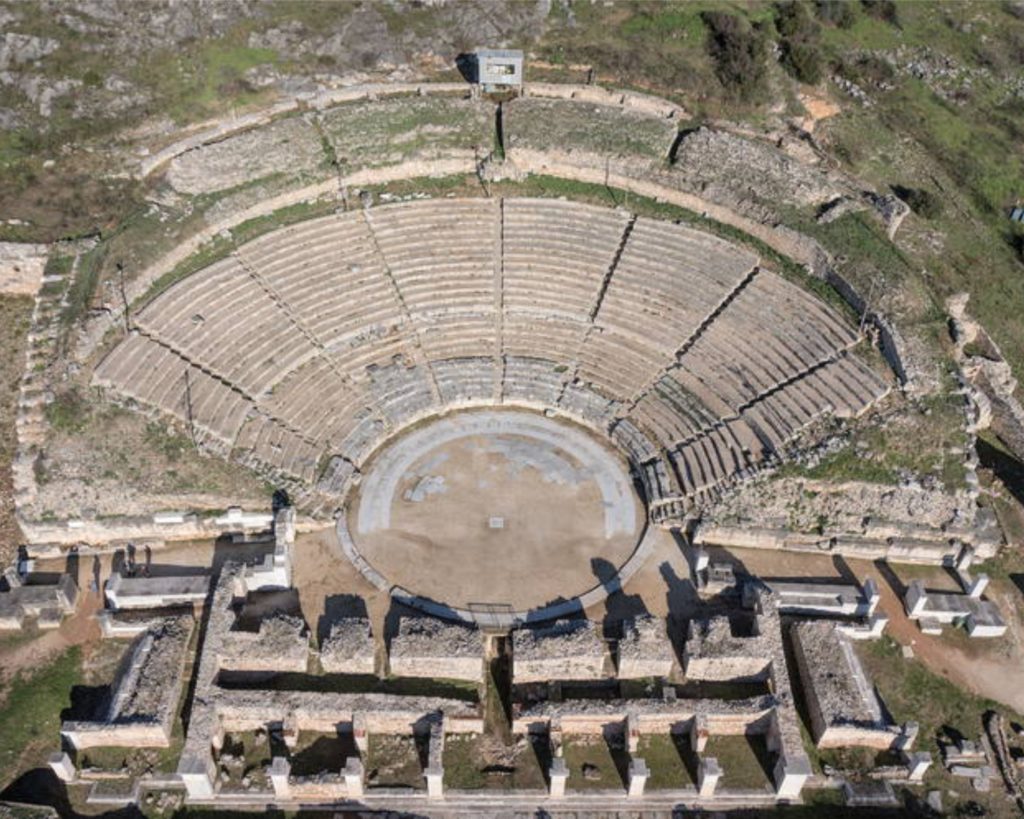 The ancient theatre of Philippi is an important and remarkable monument. It is located at the feet of the acropolis and it is supported on the eastern wall of the city of Philippi. Eventhough it has sustained many changes throughout the centuries and some interventions so that it can host the Philippi Festival, it still preserves many of its original elements.

The excavations have brought to light ruins from the Hellenistic, Roman, Byzantine and Paleochristian period. The octagon, the Roman forum, the paleochristian basilicas and parts of the city walls, are some of the most well known.

One of the most important festivals in Greece. It takes place every summer on the site of the ancient theatre of Philippi and it hosts various plays and musical performances.

The ancient theatre lies approximately 90 km from Stavros and it’s about a 60 min drive.